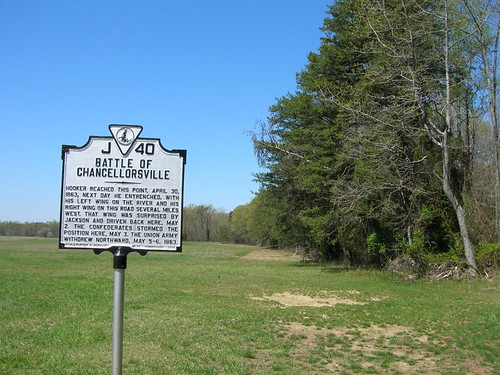 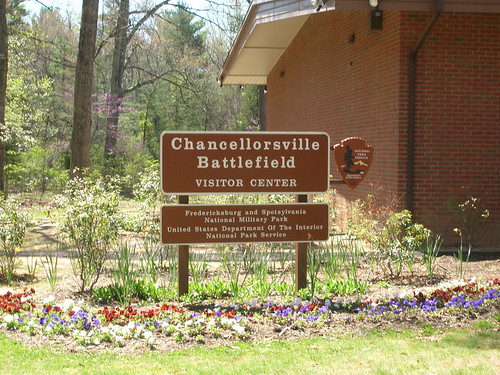 The campaign begins with the dismissal of General Burnside. President Abraham Lincoln appointed Major General Joseph Hooker on January 25, 1863, to replace General Burnside as commander of the Union Army (Stackpole 1). Hooker was praised as an aggressive leader and a great military strategist. Some even called him “Fighting Joe” (Hebert 59). The Union’s hope was to make up for an embarrassing defeat at the Battle of Fredericksburg and to take valuable Confederate high land in the surrounding areas. Hooker planned the Battle of Chancellorsville perfectly. He envisioned a “Giant Pincers,” or double envelopment, in military terms, which means that Hooker would divide his army into two parts and close in on the smaller enemy and overwhelm them. Both halves of Hooker’s army were as big as Lee’s entire army (Stackpole 29). Hooker had great confidence going into the battle, and rightfully so, since he had better technology, more soldiers, and the element of surprise on his side. Hooker did, however, become overconfident, forgetting the ingenuity and military genius of his rival General Robert E. Lee (Stackpole 94). 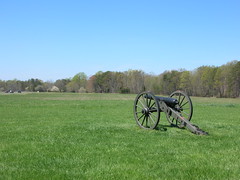 Summarized Breakdown of the Battle for Easier Understanding:
-Hooker plans to surround the Confederates with the “Great Pincers” and also destroy the train supply line/cut off contact with Richmond (Stackpole 29).

-As Hooker moves on April 29 across the Rappahannock River at Kelly’s Ford, Lee becomes aware of the situation and dispatches troops to avoid being sequestered by the enemy that greatly outnumbered them (McIntosh 45).

-Lee and General Stonewall Jackson decide to send Jackson around to flank the right side of the enemy in a risky but effective surprise attack. This Union flank is General Howard’s domain and includes the German 11th Corps among others.

-May 1, the flank attack works brilliantly and Lee attacks simultaneously from the other side. The Union Army is startled and this works to the advantage of the advancing Confederate army. The Confederates now have to find a way to combine the two halves of their army back together again quickly (Stackpole 95).

–Jackson and eight assistants venture forth in the night on horseback to survey the scene and plan the next step. On their return, the 18th NC regiment mistakes Jackson and his men for enemy cavalry, and four of the nine riders are shot dead at the scene. Jackson suffers three bullet wounds from the friendly fire. See also Wounding of Jackson and Jackson’s Amputation. 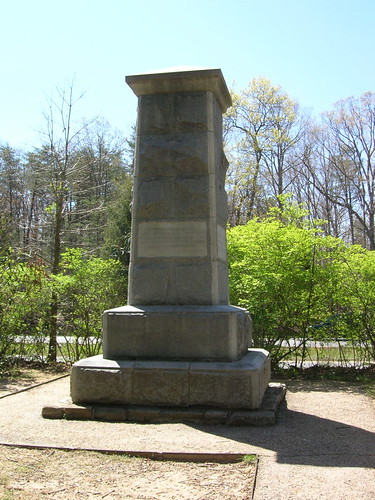 -May 3, Jackson is removed and command passes through several head persons before it stays with General Jeb Stuart. General A.P. Hill is injured, General Robert Emmett Rodes steps down to his superior officer, Stuart. Stuart picks up where Jackson left off, which requires calling off a strike he has just ordered from Ely’s Ford and relocating to a more central outpost to command.

-Meanwhile, Early and Sedgwick are battling in Fredericksburg. It appears that Sedgwick has taken the upper hand, but this is a minor portion of the overall battle, and can be read more about at Cox House E-42.

-May 3, Stuart orders the Confederates on his end to charge through in a feeble attempt to rejoin the other half of the army, under General Lee’s command, which is on the other side of the Union forces.

-Union troops push through at Fredericksburg and it seems to Lee that the Union now had the upper hand. Hooker felt differently about the situation and forced his troops to withdraw north of the Chancellor house.

-Lee and his Confederates chase Hooker northward but have to delay to help their forces at Fredericksburg. In the end, both Union troops retreat back across the Rappahannock.

There are many theories of why the Confederates won this battle. The common theory after the initial Civil War aftermath is much different than it was at the directly following the event. At the time the 11th Corps that Jackson’s surprise flank attack struck first were blamed for not being prepared and for running away, causing a stampede of fleeing soldiers. The 11th Corps also happened to be made up of a majority of German-Americans and they were the easiest scapegoat for a Union loss (Hebert 178). More recently, the blame rests more on Hooker himself and some of his high-ranking officials. Hooker was overconfident and assumed that when the Confederates were on the move that they were retreating to the north. He and other ranking officials scoffed at warnings of a possible flank attack and did not heed the signs. Hooker lost confidence after Jackson’s raid and later made other poor decisions, such as giving up high ground and retreating when he still had the upper hand (Stackpole 34).

Department of Historic Resources map and directions: The Chancellorsville Campaign

Department of Historic Resources map and directions: Battle of Chancellorsville