Historical Marker Text
At this point J. E. B. Stuart had his headquarters and cavalry camp in December 1862. [1995]

Extended Research
After the Battle of Fredericksburg in December 1862, General Ambrose E. Burnside withdrew the Army of the Potomac back east across the Rappahannock River to make winter camp. The troops dismantled their pontoon bridges in their wake, and the disappointed Confederate generals established their winter headquarters and camps in the area around Fredericksburg.

On December 26-27, Confederate Major General J. E. B. Stuart and his cavalry division carried out the last in a series of four raids that took them as far as Fairfax and were later commended by Lee (Freeman 399). The raid took Stuart and 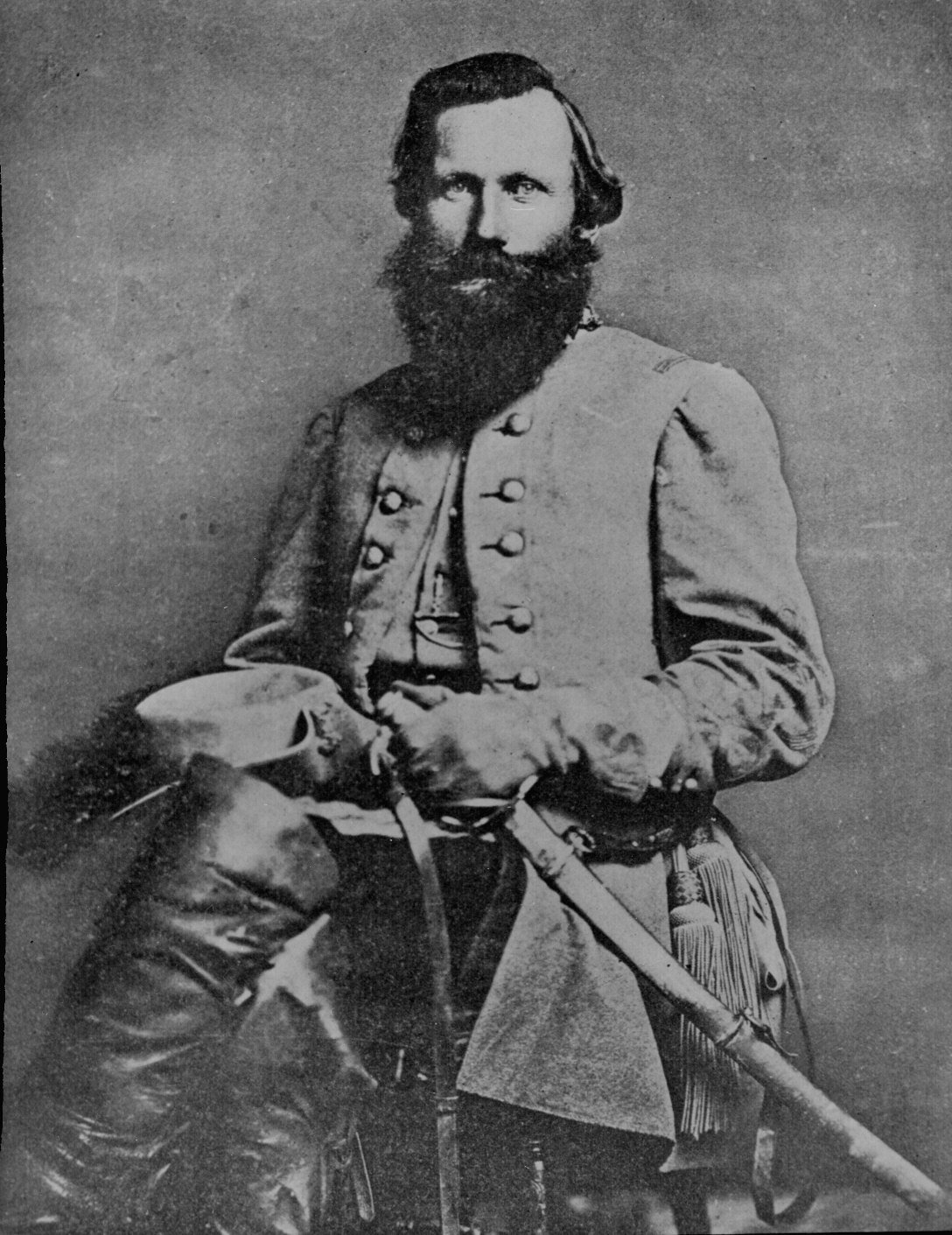 1,800 cavalrymen to Morrisville, Quantico, Fairfax, Vienna, and Warrenton, among other places (Davis 261-62). The raiders returned to camp on New Year’s Day (Freeman 408). Among the multiple accomplishments of these successful raids, which Stuart took much of the credit for, were destroying the Federals’ direct line of communication with Washington and scattering Union cavalry (Freeman 407). Stuart spent the following two months at his headquarters leisurely, making new friends and new enemies among officers who praised, envied, or despised each other. The man most enthralled with the chief of cavalry was Lieutenant General Thomas J. “Stonewall” Jackson, the Second Corps commander and Stuart’s superior. Jackson was a friend with whom Stuart could jest freely without rebuke, something few others dared to do (Freeman 408). During December, Stuart received touring British officers and politicians in Jackson’s headquarters, situated in a home twelve miles away and much grander for visitors (Davis 260). Unfortunately, supplies later in the winter were lacking. Hundreds of horses were sick or starving, scurvy raged among men, squads of men were sent to the woods to forage, and rations were significantly reduced (Davis 266). The Confederate commander, General Robert E. Lee, would send Lieutenant General James Longstreet to bring commissary stores back from northern North Carolina to address this need.